“I have two words that are my key words for life,” she said in a recent chat in her Jefferson home. “They are ‘Keep moving!’

O.K., I said, since you’re already fired up, will you please do that old favorite Grand Junction High School cheer of yours for me again? She reached back more than 80 years – “it actually came from cheerleaders one generation before me,” she said – and whooped it:

“And we waved at the opponents’ crowd when we yelled the ‘Yoo-hoo!’ ” she said. “They didn’t like us much.”

We salute her now because of her tremendous service to the historical society the past 25 years or so. She served a dozen years on the board of directors, and a decade of that as treasurer. She’s done programs for us on women’s hats, Spring Lake Park, Grand Junction history and, of course, the one-room country schools of an earlier era.

“Country schools have always been a favorite subject for me, probably at first because I attended one and I remember it so well,” she said.

That was out in the rural neighborhood around Spring Lake, from about 1931 to 1935, when her family moved into Grand Junction. That school, “Hardin No. 6,” was one of more than 70 rural schools operating in Greene County then. Young teacher Miss Liberty Maye Mattson had 20 students together in one room, with all eight grades represented. Hoskinson looks back on it now and is amazed at the challenge the teachers had, but what an advantage it was for students.

“I swear, for me it was like a Head Start program,” she reflected. “I learned so much by listening to the older kids recite their lessons.” 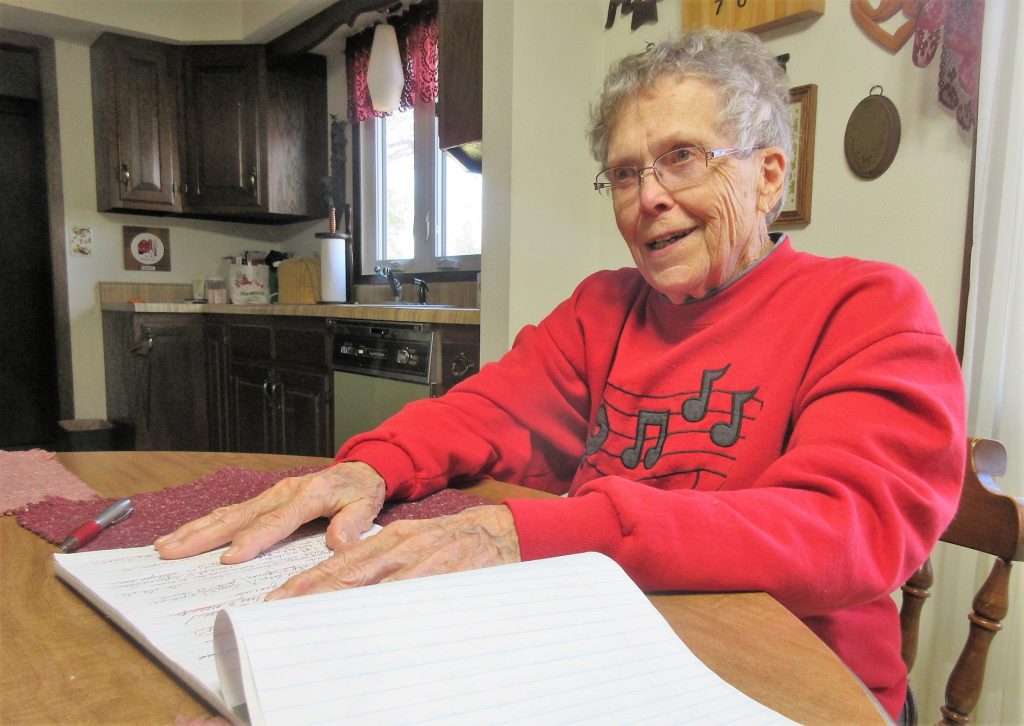 In the 1990s, the Minnihan family donated to Greene County the old “Bristol No. 7” school that was on their farm. The historic schoolhouse was moved to the county fairgrounds, and the fair board asked the historical society to do something worthwhile with it. The society has maintained the building, opening it for visiting individuals and groups, and having it open for display during the fair each summer.

For a dozen years, Hoskinson has dressed as a country school teacher and served as a “docent,” doing historical interpretations of what education was like when it was held in such one-room quarters.

“I decided that I’d bow out of that after this last summer’s fair,” she said. “It was time to turn it over to another generation.”

Becki Cunningham, a historical society board member from Paton, has volunteered in the school house with Hoskinson the last couple years to learn the stories that we can share on into the future.

What are Hoskinson’s views of history and the historical society, after all she’s contributed?

“Well, first, I love history,” she said. “If I’d have gone to college, I probably would’ve become a history teacher. And I love our historical society. I think it’s done a tremendous job.

“My first concern about it, looking to the future, is that we need to get younger people involved, and that’s pretty doggoned tough to do today – in our organizations, our churches, in almost anything else. People are so busy!

“Some younger people probably don’t give a rip about local history right now, but when they’ve lived longer in a place, they start wondering why things are like they are, and who did what in the past. We need to try to keep them interested, and I think we’re doing that with new exhibits at the museum, new topics in our monthly programs, and doing more local history on TV.

“I’ve guided a lot of people through the museum over the years, and I notice that if you ask them what they’re interested in, you can almost always connect them with something in the museum. And then you build on that.”

Marilynn’s husband Leon Hoskinson, a farmer, died in 1997. Their daughters are Becky, a retired teacher in Mason City; Kathy, who is retired from the phone system in Waterloo, and Tracy, a retired early-learning teacher and medical insurance worker in Ogden. Marilyn has four grandchildren and nine great grandchildren. 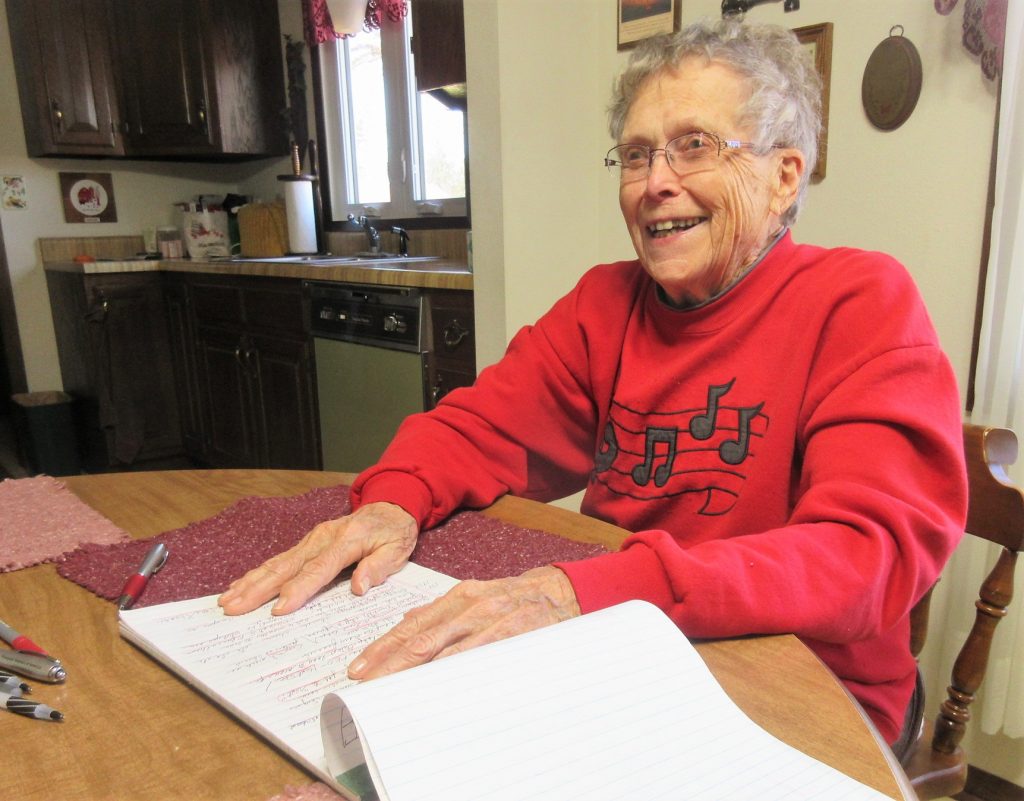 The author of this story, Chuck Offenburger, of Cooper, is a member of the board of directors of the Greene County Iowa Historical Society.  You can write him at chuck@Offenburger.com.