An exhibit, designed and constructed by Mikki Schwarzkopf and Dianne Piepel with lots of help from Jan Durlam, features treasures, artifacts, and a lot of kitschy reminders of what life was like and how it was transformed during those 30 years.  Nearly all items in the huge display have been loaned to the Greene County Historical Society by current residents of the area.

For the July 3 debut, the museum will be open at 9 a.m. for browsing of the new exhibit, as well as other displays that have been longtime favorites.  A panel discussion on the 1950s, ’60s and ’70s will start at 10 a.m., and then the museum will remain open for additional browsing until at least 1 p.m. Thereafter, the exhibit will be available well into the fall during normal museum open hours – Wednesday afternoons and Saturday mornings – and by special appointment.

The 10 a.m. panel discussion on July 3 is planned to be the first of three or more such gatherings over the next six months, discussing what happened during the featured 30-year period and how that has continued to shape our lives and culture today.

Journalist Chuck Offenburger, a member of the historical society board, will serve as moderator of at least the first panel discussion. He will be leading the questioning of panelists Rick Morain, Andy McGinn, Rolfe Blaess, Terry Rich, Carole Custer, Quentin Minnehan and Alan Robinson.  They will attempt a broad overview of that historic era, decade by decade.

There’ll be some music history, too.  Morain, an accomplished pianist, has picked three songs to share that he says are good representatives of each of the decades – and will show how the music evolved.   McGinn, the editor of the Jefferson Herald and certainly the youngest panel member, will share his research on the precise time when rock ’n’ roll music arrived in Greene County.

Question and observations from the audience will be encouraged.

“If you’re my age, it might be hard to believe these three decades would be listed in the historical category,” said Roger Aegerter, a retired school superintendent and art teacher who is now executive director of the historical society.  “But, remember, we are talking 50 to 70 years ago!”

The exhibit, panel discussions and admission to the museum are all free.

The historical society canceled most programming and open hours at the museum for most of a year during the pandemic.  But the group is now returning to regular activity with a full schedule in coming weeks and months.

Following are more photos from the new “Dig it!” exhibit. 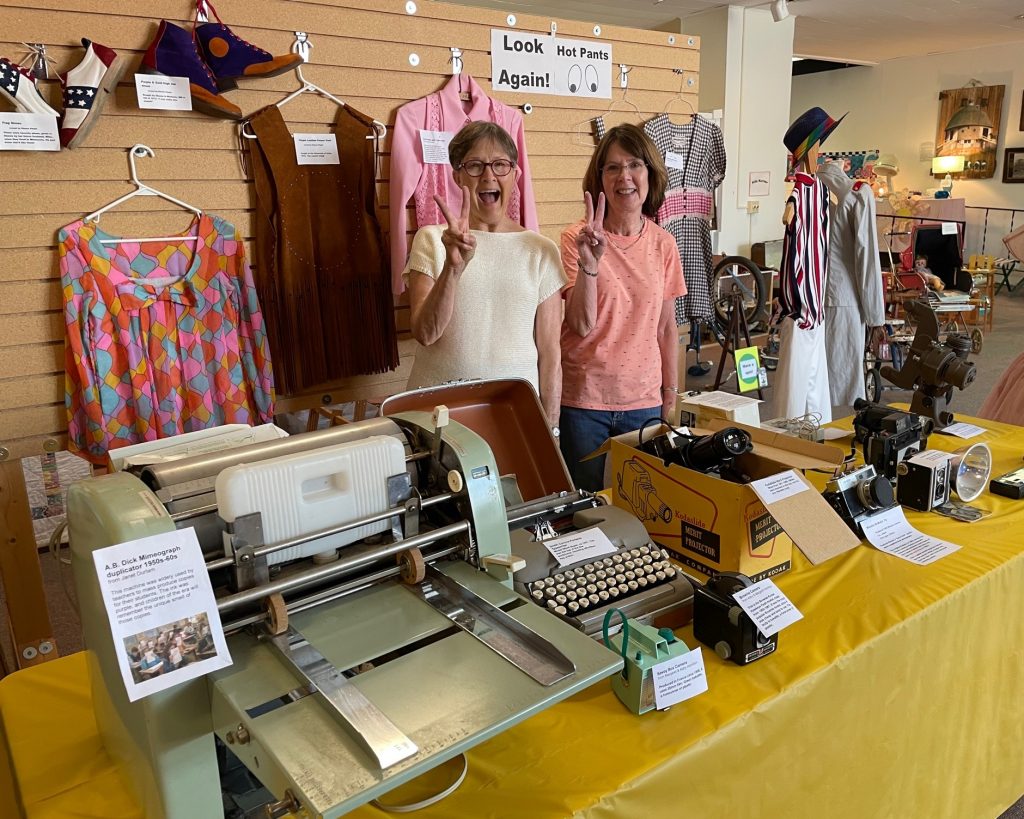 Schwarzkopf and Piepel, with some of the machines and cameras that were part of everyday life in the 1950s, ’60s and ’70s. 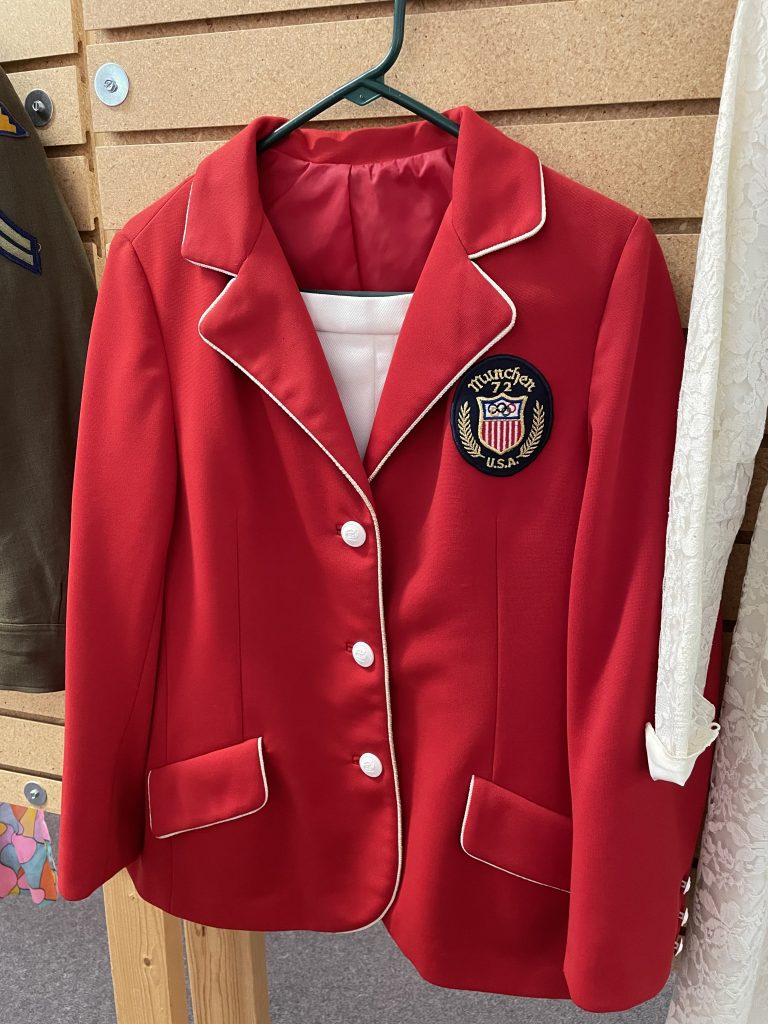 Here is the parade outfit worn by Jefferson’s Doreen Wilber, who won the gold medal in archery in the 1972 Olympics in Munich, Germany. 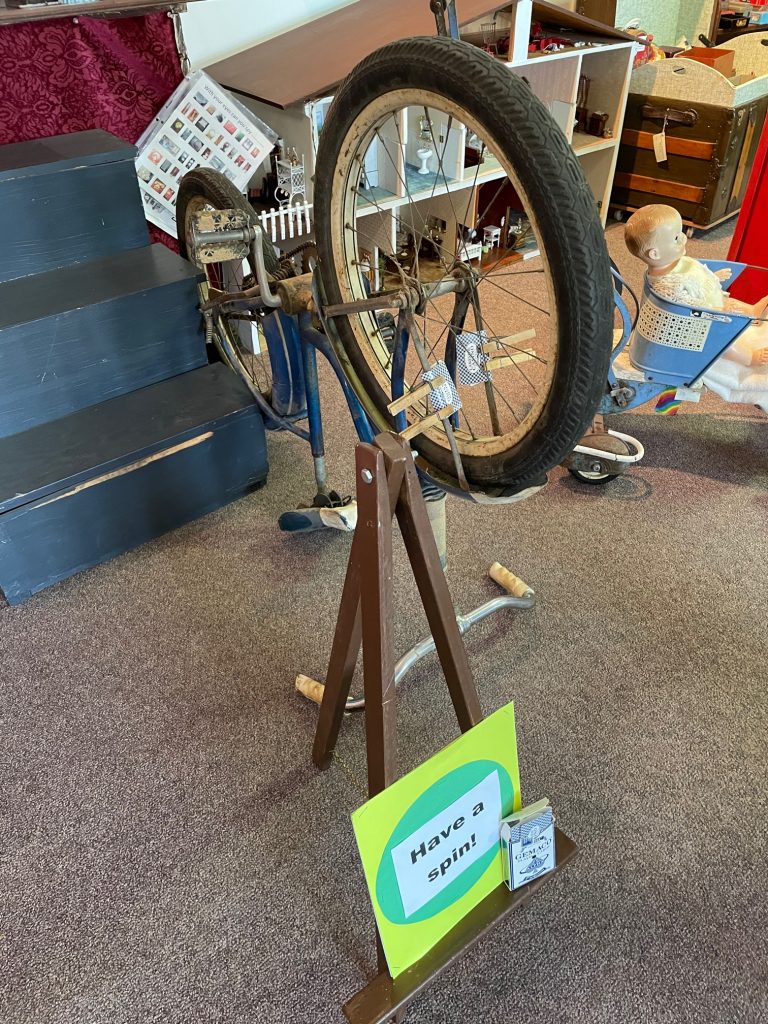 Cool kids put clipped playing cards or baseball cards on their bicycles to mimic sounds of a motor. 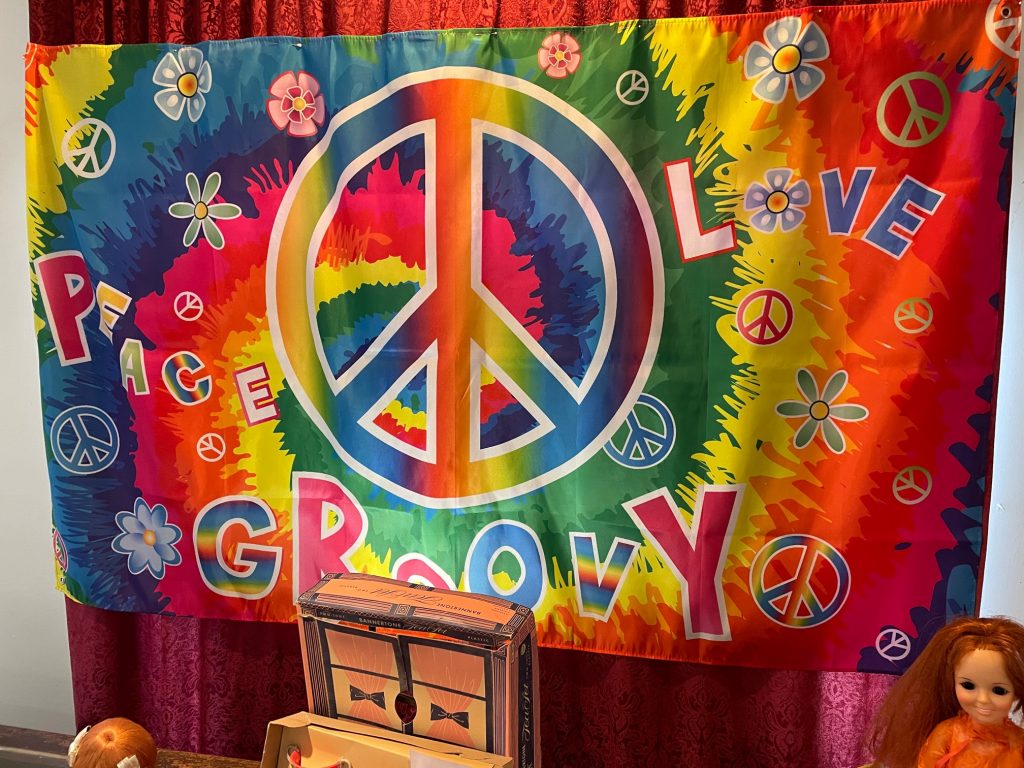 A colorful banner representative of the 1960s and ’70s.