JEFFERSON, Iowa, March 28, 2022 — When the Greene County Historical Society meets on Friday, April 1, Denise O’Brien Van, of Jefferson, will be sharing the intriguing, 85-year history of the U.S. Post Office in Jefferson.

O’Brien Van is a Jefferson native who had a career in journalism in Des Moines and Chicago before she and husband Jack Lewis, another Jefferson native, moved back to their hometown.

Denise has personal ties to the Jefferson Post Office.  Her parents, Clem and Virginia O’Brien, were introduced by Lilly B. Gibbons, who was the postmaster when the new facility was planned, constructed and then opened on March 15, 1937. Clem O’Brien worked at the Post Office as city carrier and later a rural carrier.

While the U.S. Post Office was one of the first businesses or government agencies to hire women and minorities, it was still unusual in the 1930s to find a female postmaster in rural Iowa communities.

But Lilly Gibbons was widely known in the community and evidently well-connected politically. E.B. Stillman, publisher of the Jefferson newspaper, described her in print as “a Democratic powerhouse and the prettiest girl in Greene County.”  She was the grandmother of later Jefferson Post Office employee Davis, who is still a resident here.

Friday’s event, being held at the First Presbyterian Church in Jefferson, will begin at 12 noon with a lunch, which costs $10.  Historical society members should make luncheon reservations by calling the organization’s community contacts.

Non-members are welcome for the $10 lunch, too, and they should make reservations with program director Margaret Hamilton at 515-386-4408. 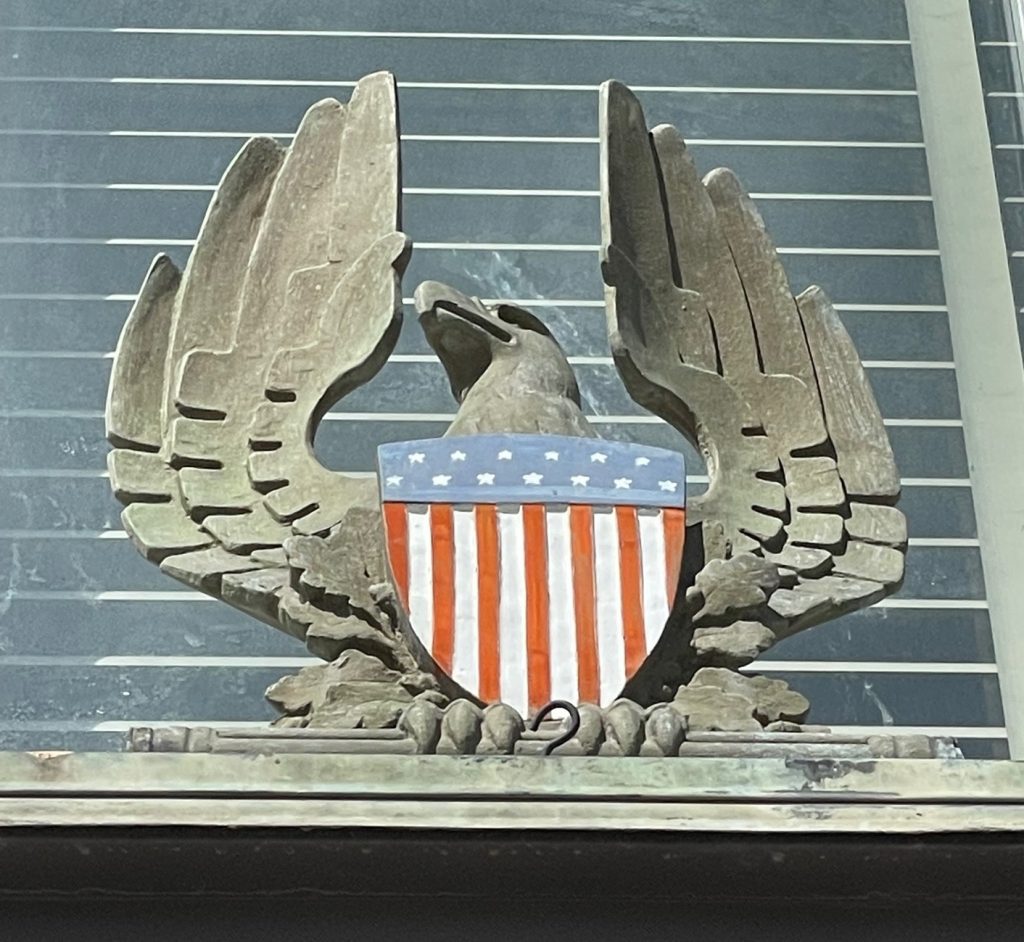 The American eagle above the main entrance. 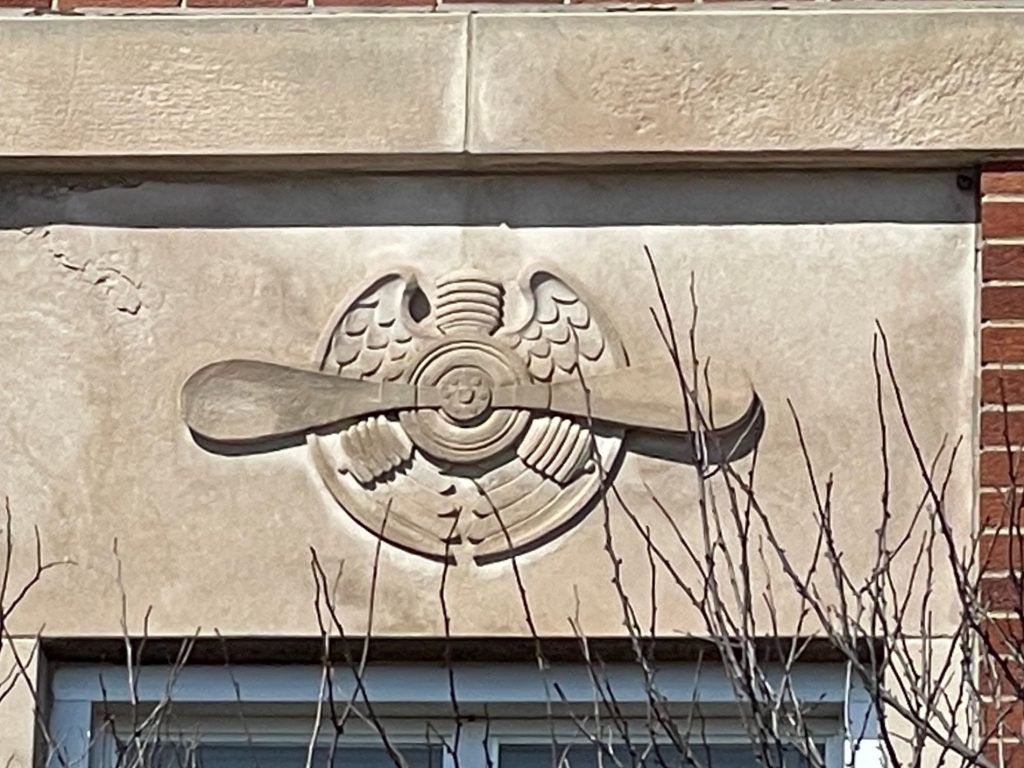 One of the two bas-relief sculptures above front windows that salute the new idea of air mail back when the Post Office opened in 1937. 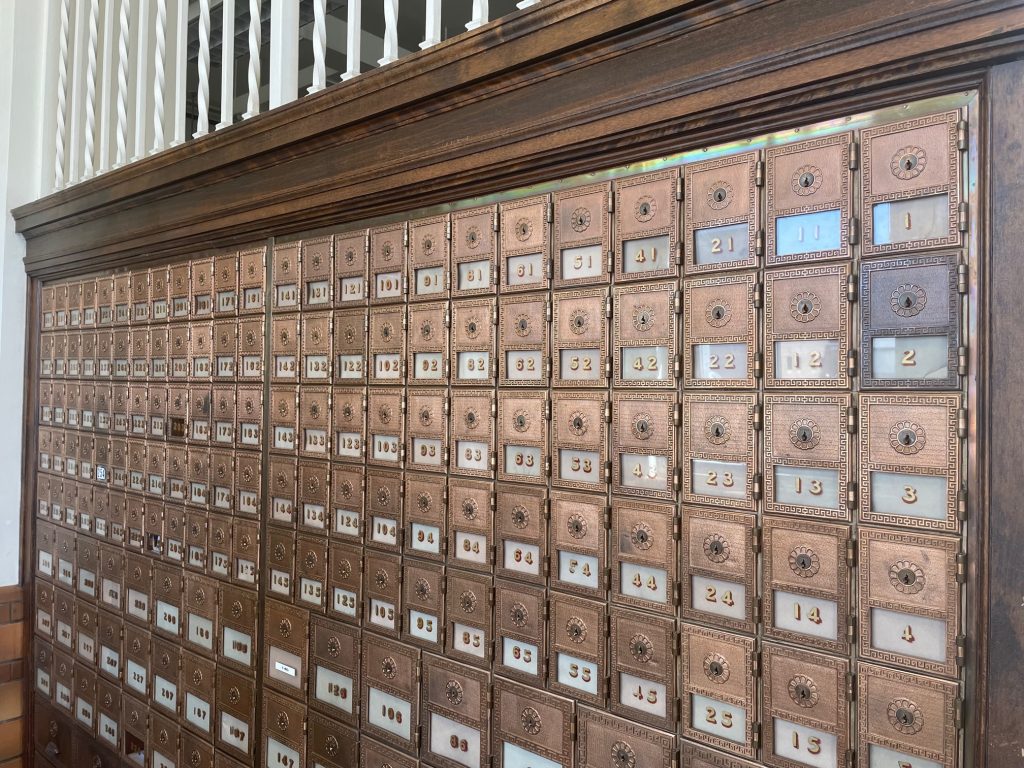 The classic postal boxes in the building. 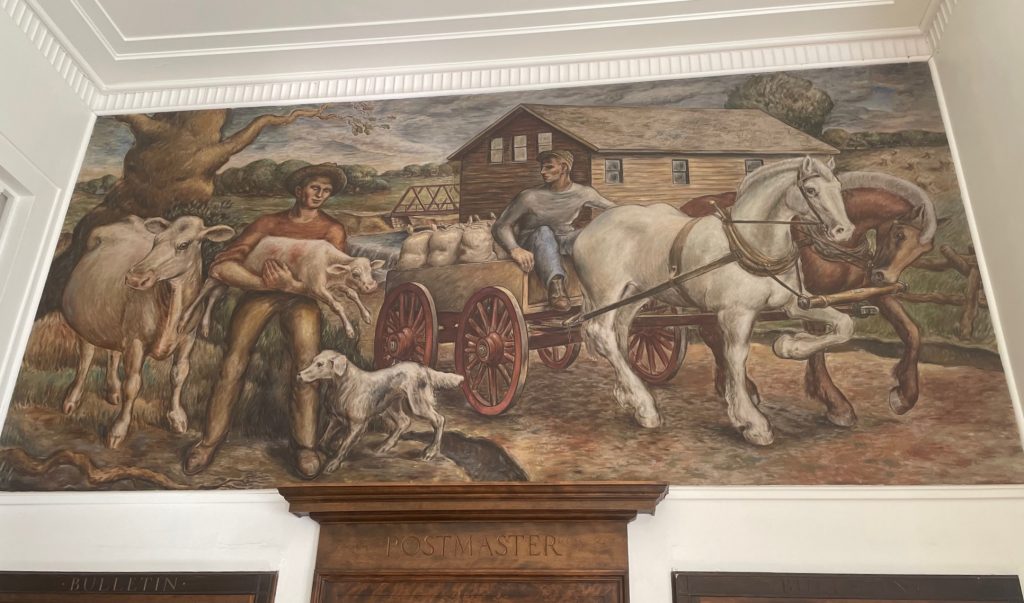 Here’s the iconic 1938 painting above the door to the Postmaster’s office at the east end of the lobby. The mural was commissioned by the federal Department of Treasury’s Arts Program. The artist, Thomas Savage, of Fort Dodge, was paid $650 for the painting, which he titled “The New Calf.”