JEFFERSON, Iowa, Sept. 25, 2017 — Alma Shorey Young was recognized as the only woman running a grain elevator in America when she was general manager for grain at Milligan Bros. in Greene County from the 1950s into the ’70s. The Greene County Historical Story presented her story this past summer during a “history chat” at the county fair. It was videotaped for later telecast by Jefferson Telecom, and a copy of the program was sent to Young, now 91, at her home in an assisted living facility in Mountain Home, Arkansas.

“That was like bringing a little piece of home to me,” Young said by phone. “In fact, I enjoyed it so much that when my nephew down here asked me what I wanted for my birthday a couple weeks later, I said, ‘You know, I’ve decided I want to come home one more time.’ ”

So she and nephew David Schmidt, 64, a native of Jefferson who is now a rancher and builder in north central Arkansas, are driving to Greene County this coming weekend, Sept. 29-Oct. 2. They will be staying at the Cobblestone Hotel & Suites in Jefferson. 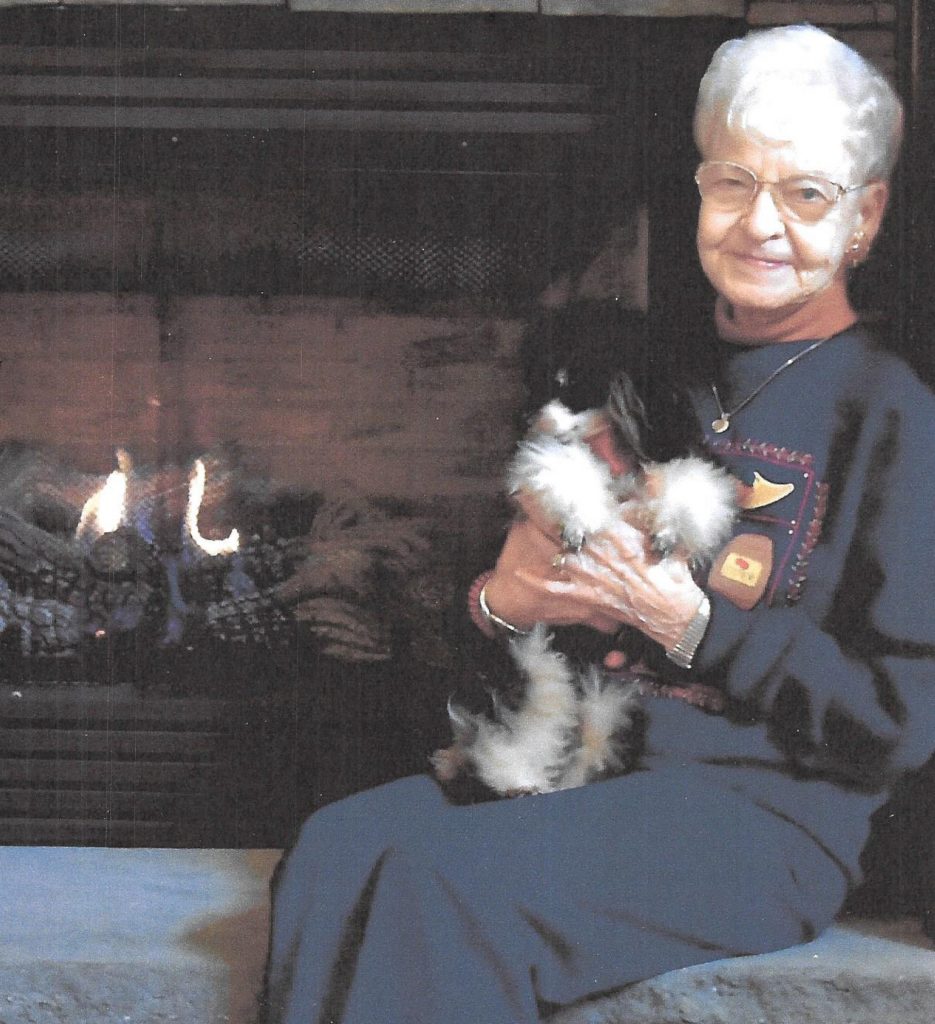 And the historical society is hosting a public reception in Young’s honor this Saturday, Sept. 30, at 10 a.m. at the museum in Jefferson, to see old friends and make some new ones. The event and refreshments are free to the public.

About 10:30 a.m., there will be a short program about her business career and life, with Young being questioned by retired news reporters Chuck Offenburger and Jerry Roberts, both of the historical society. They were moderators of the history chats at the fair this past July.

It’s been nearly 40 years since Young has been involved in a grain harvest, but if the weather is good Saturday early afternoon, she’ll be riding in the combine being used by the team from Lawton Farms in the Cooper-Greenbrier area. She’ll make a visit to the former Milligan Bros. elevator that she once operated on the edge of the Greene County Fairgrounds in Jefferson, where it is expected to become an agricultural and historical landmark.  And then she’ll have a mid-afternoon briefing by the staff at Landus Cooperative’s huge facility in Jefferson.

To complete the corporate history involved here, Milligan Bros. was a successor company to the “D. Milligan Co.,” which was founded in Jefferson in 1905. By the 1930s, they owned 14 grain elevators and lumberyards in western Iowa, and they also sold coal.

The Great Depression and droughts in 1934 and ’36 were very hard on the company. In 1942, it was divided. “E.A. Milligan and Son” moved to Des Moines, while “Milligan Bros.” continued in Jefferson under a partnership of brothers Frank Jr. and Bob Milligan, with two elevators in Jefferson and others in Cooper, Farlin and Adaza. Their general business office was located downtown in the lumberyard building that is now the home of “RVP 1875” and “History Boy Theatre Co.”

Alma Fuller Shorey, a native of Farnhamville, joined Milligan Bros. about 1952 as a secretary, learned the grain business from Bob Milligan, and by 1959 was named the general manager for grain. She continued in that position until about 1975.

Larry Thomsen, of Jefferson, a retired West Central executive, came to know and respect Alma as a competitor when he was starting his own career.

“I remember that when the co-op managers from all over the country would have their big conventions, Alma would be the only woman there,” Thomsen said. “And let me tell you, she could hold her own in this business. She was a tough, tough person, and she knew her grain business extraordinarily.”

Alma’s marriage to Lyle Shorey ended in divorce, and in the 1960s she married Bob Young. They adopted a son, Alan, and that’s when Alma decided to leave the workforce. The Youngs moved first to Twin Lakes in Calhoun County. In 1978, Alan died in a car wreck at a rail crossing. In the early 1980s, Bob and Alma Young moved on to Arkansas, where Bob died later in the ’80s.

Alma has continued a very active life there. She golfed until recent years when her vision began to weaken, and she still loves to dance. “I have a good life,” she said from her home at RiverLodge Assisted Living.. “I’m up and dressed every day, I still get my hair done once a week, and I always try to look good. Two years ago, they voted me ‘Queen of RiverLodge!’ ”

She also said she is looking forward to some gaming at Wild Rose Casino & Resort while she’s visiting Greene County this weekend.