It’s a Memorial Day weekend tradition in what was one of Greene County’s early settlements.

The former Methodist church, which dates to 1881, has not been an active congregation since 1966, but a group of people from the area formed a non-profit group Pleasant Hill Memorial Inc. and have maintained the church building and grounds. You’ll see this weekend that in recent weeks, the interior has been repainted by Steve Bosshart, the ash floor is being refinished by Stewart French, and other improvements have been made.

“It’s a quiet, pastoral place,” said David Yepsen, the Jefferson native and Iowa Public Television “Iowa Press” host who will be the featured speaker on Sunday. “It’s a perfect place for prayer or reflection.”

Pleasant Hill activities on Sunday morning begin with a 9:30 a.m. church service by Central Christian Church, from Jefferson, following the theme of “Old Time Revival,” and lasting until about 10:30 a.m. The Central Christian Brass will be performing.

Outdoors at 10 a.m., there will be juice, coffee and Iowa State Fair champion cinnamon rolls by Marianne Coon Carlson, and brass band music. Freewill donations will be accepted.

“I want to encourage people to think about ways we can honor those who sacrificed and how we can do that every day and not just Memorial Day,” he said. “To me, getting involved in politics, civic and community life is one good way. Soldiers sacrificed to protect our freedoms, we take those for granted now, and we all need to renew our obligations as Americans, especially in this important election year.”

There will also be songs by an ensemble of the Greene County Singers and members of the choir from First United Methodist Church in Jefferson.

Another traditional part of the service is a patriotic oration by Wallace Teagarden, now 95, a native of the area who lives in Ames. He recites (without notes) excerpts from the Declaration of Independence, the Preamble to the Constitution, and the Gettysburg Address.

“I learned those in seventh grade, back in about 1937, and I’ve been reciting them ever since,” said Teagarden. “I’ve recited them at Pleasant Hill at the memorial service consecutively since 1960. So, yes, I’m going to be practicing and try to do it again this year. Of course, at my age, you never know!”

As always, the service will close with the congregation singing “Little Brown Church in the Vale.”

At 12 noon, there will be a 21-gun salute in the church yard by the Kinkead-Martin Legion Post No. 583, of Rippey, with Wayne Lautner, of Jefferson, playing taps.

Then, in a return of a favorite Pleasant Hill Church tradition of years ago, there will be a community potluck dinner — with fried chicken provided and you bring the side dishes and tableware. Freewill donations will be accepted.

Finally, at 1 p.m., the annual meeting of Pleasant Hill Memorial Inc. will be held in the church building.

People who attended the homecoming a year ago may remember that the historical society commissioned acclaimed Iowa artist Zack Jones to do an oil painting of Pleasant Hill church during that gathering. The society has had high-quality canvas prints made of that painting, and a framed one will be presented to Pleasant Hill Memorial Inc. on Sunday. Other canvas prints will be sold for $50 each, beginning Sunday, in a fundraiser for the historical society. 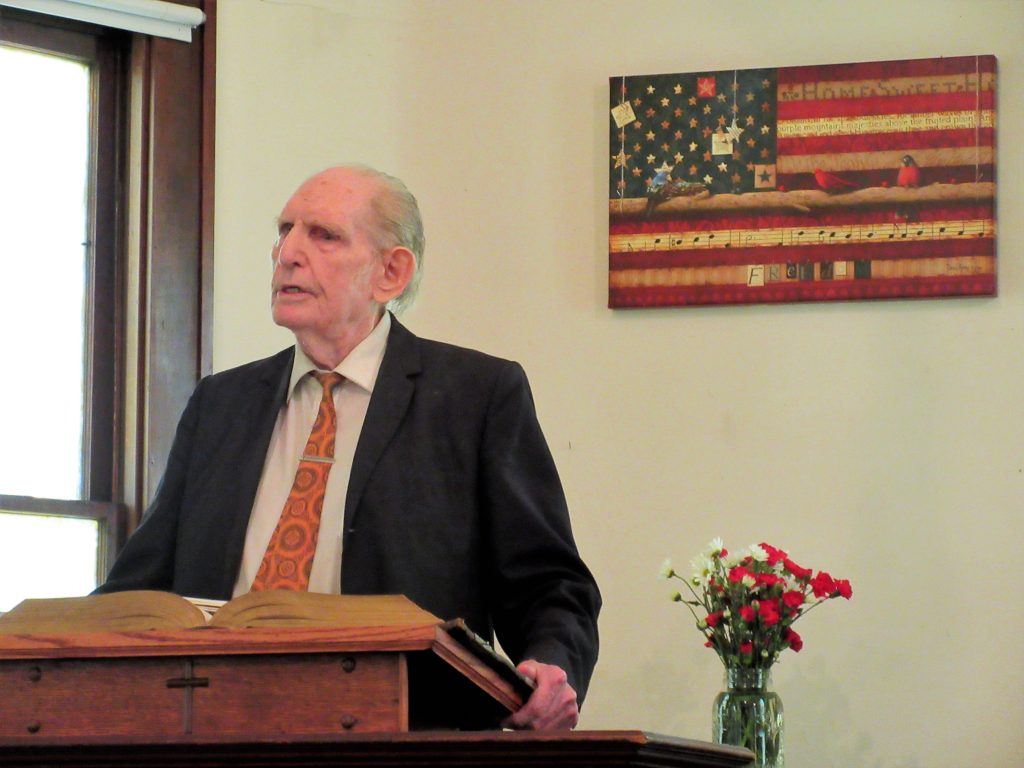