JEFFERSON, Iowa, May 20, 2017 — The Greene County Historical Society is partnering with Pleasant Hill Memorial Inc. to present the annual Memorial Day weekend service and gathering at the pioneer church and cemetery located five miles southeast of Jefferson.  And this year there’ll be an art festival, too.

Pleasant Hill Church has roots from 1873 when Methodist classes were started.  The church structure was started in 1881, and it has been kept in more-or-less good repair ever since, even though there hasn’t been an active congregation using the church for decades.  The neighbors formed a non-profit organization to sustain it. 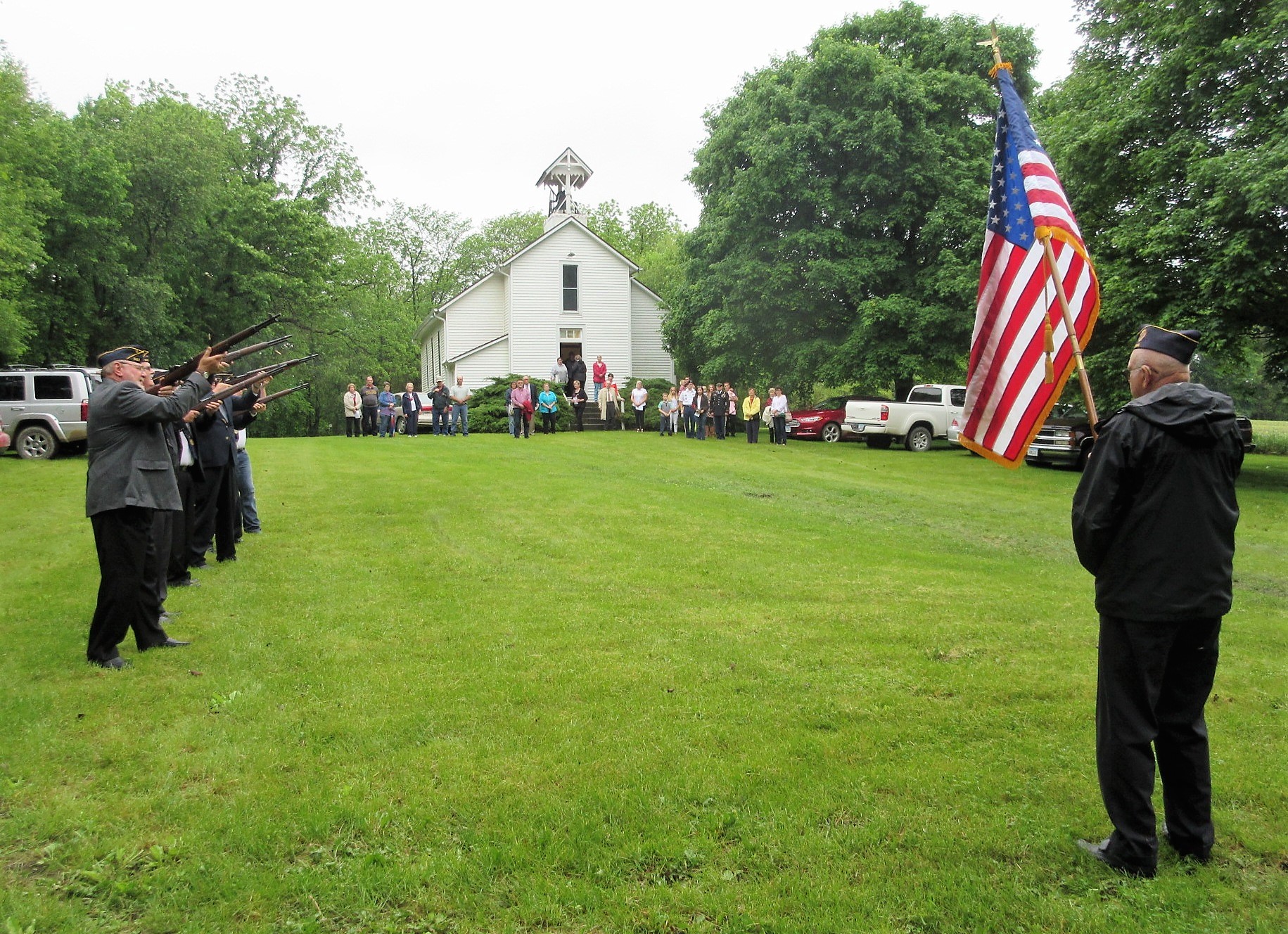 There are prayers, reflections, hymn singing and, for at least 50 years, Greene County native Wallace Teagarden, now 94, has stood to recite the Preamble to the U.S. Constitution and the Gettysburg Address.  He does that from memory, without notes, and he continues to do those with eloquence and passion rarely heard in public anymore.

The service will also feature the choir of the First United Methodist Church in Jefferson. 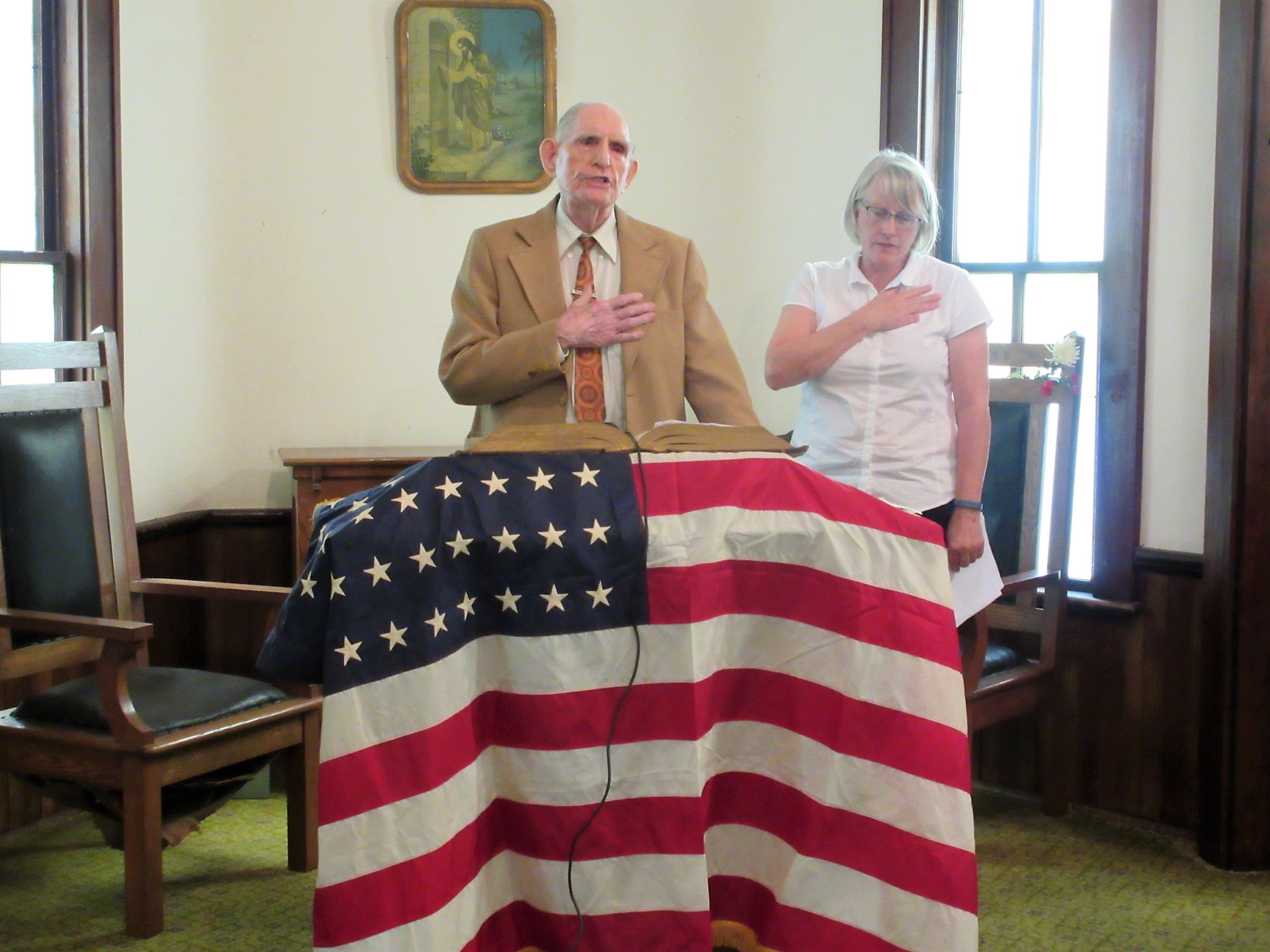 Wallace Teagarden and Gina Harrington lead into his patriotic oration in 2015 at Pleasant Hill Church.

This year’s gathering will also showcase “En Plein Air” painting, featuring noted Iowa artist Zack Jones, of Malvern in southwest Iowa, who has painted Pleasant Hill Church before. And Jones invites artists and photographers from around the area to join him. “The more the merrier,” he said.

On Saturday, May 27, Jones will set-up his easel and began sketches and preliminary painting on between 2 and 5 p.m., and people are invited to come watch and visit with him as he works.

On Sunday, Jones and other artists & photographers will start at 9:30 a.m., with coffee, juice and Marianne Carlson’s Iowa State Fair champion homemade cinnamon rolls available. There will also be patriotic songs and hymns played by a brass ensemble including Mark Rasmussen, Wayne Lautner, Snowy Chargo, Wes Anderson, and Peg Semke. 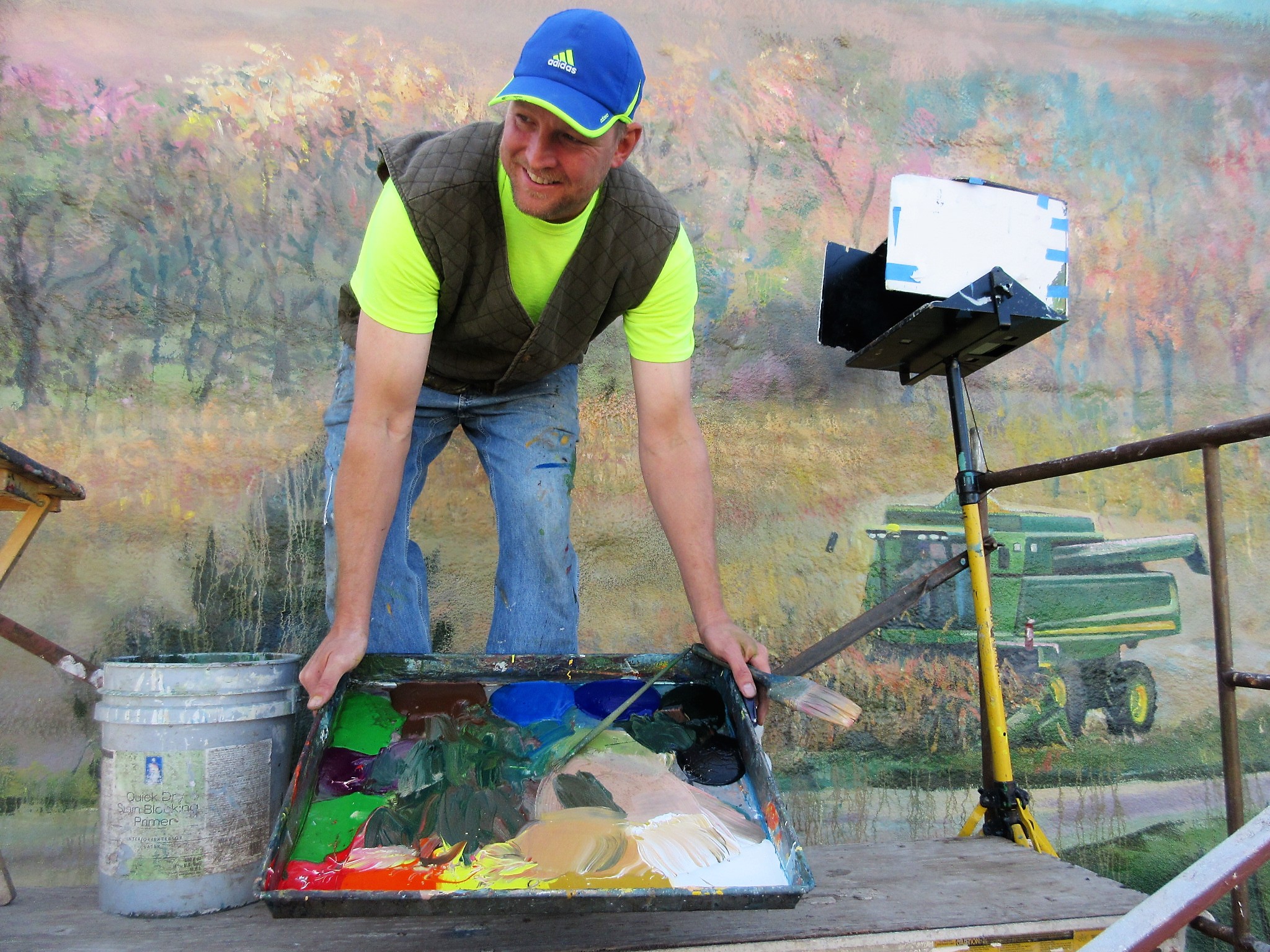 Artist Zack Jones, of Malvern in southwest Iowa, as he was working on a huge mural on a building in downtown Oakland, Iowa.

After the 11 a.m. service, people will be invited to move to the church yard for a 21-gun memorial salute by the American Legion Color Guard from the post in Rippey, and “Taps” by Lautner.

The artists & photographers can then continue their work, and people are invited to bring picnic lunches to Pleasant Hill for after-service dining. Informal hymn singing will be held around a keyboard with Rita Rasmussen playing.

There’ll be opportunities for free will offerings to support the maintenance of the church and grounds.