CHURDAN, Iowa, Jan. 9, 2019 — At 100 years old, Mary Geisler  has lived a whole lot of history here in Greene County. In the late 1920s, she watched in horror as Ku Klux Klansmen, wearing hoods and robes and carrying torches, walked west through the business district of Churdan, then lit on fire a huge cross erected near the railroad depot. She saw her farm community around St. Patrick-Cedar Catholic Church suffer through the hard times of the Great Depression. She taught country school for eight years, starting in 1938 at a salary of $45 per month.  She married, helped husband Ed Geisler run a successful farm, raised eight kids and a lot of chickens.  “I was called a rabble-rouser” a time or two when she was campaigning for one cause or another.  She was a star alto in the Greene County Farm Bureau Chorus, she wrote & recited poetry, and over her lifetime she checked out & read more than 5,000 books from the Churdan Public Library.  (For decades, she “averaged a book a day.”)

The story — and stories — of Mary Coan Connolly Geisler simply had to be preserved.

The interview will then be available on DVD at the Greene County Historical Museum.

The interview flows like a warm, friendly conversation, although she confides, “My kids think I talk too much.”

She gets upset now at her fading hearing and vision and “not being able to get out and do things like I always have.”  But generally, she feels good and looks terrific.

At one point, Offenburger tells Geisler that “even at 100 years old, you are still a quite attractive, fetching-looking woman.”  She responds, “Well, thank you!”  Then he asks, “Well, in your early 20s, were you kind of a hot catch?”  She answers with a smile, “Well, I dated a lot of guys.”

He also coaxes her into reciting her favorite passage of Shakespeare, from the famous “Speech to the Players” in “Hamlet.”

Geisler said she always intended to write her own life story in a book, and once “filled half a spiral notebook” with her stories and observations, but then got distracted and never returned to it.  She said she thought “it could have been titled ‘Mary’s Merry-Go-Round’ because my life has been a real merry-go-round.”

We’re honored to preserve at least some of those stories on the new video interview. 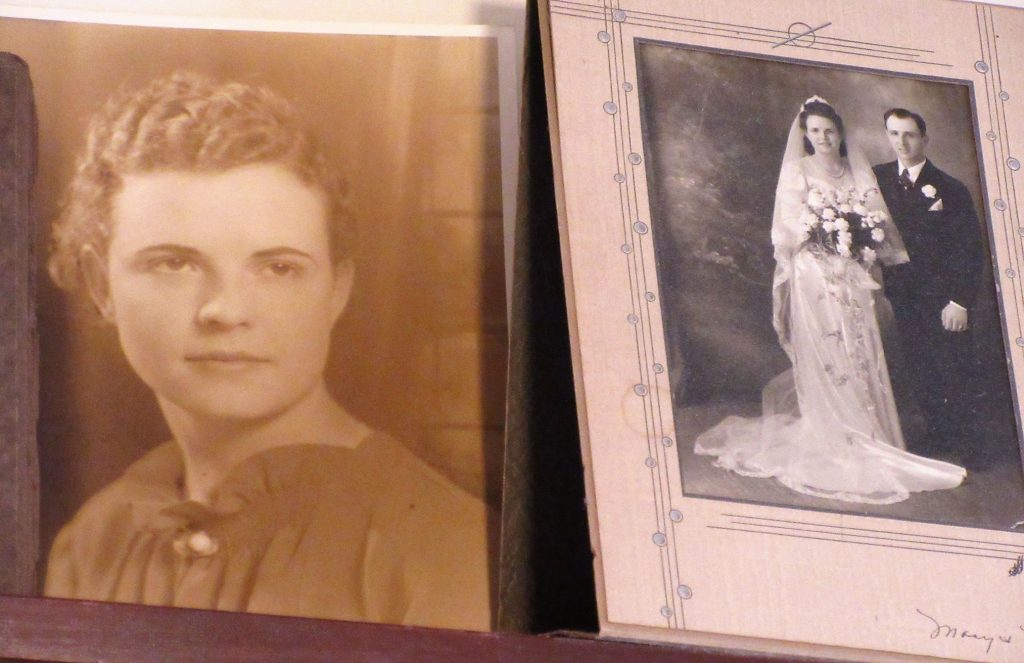 Mary in young adulthood and at her marriage to Ed Geisler in 1944. 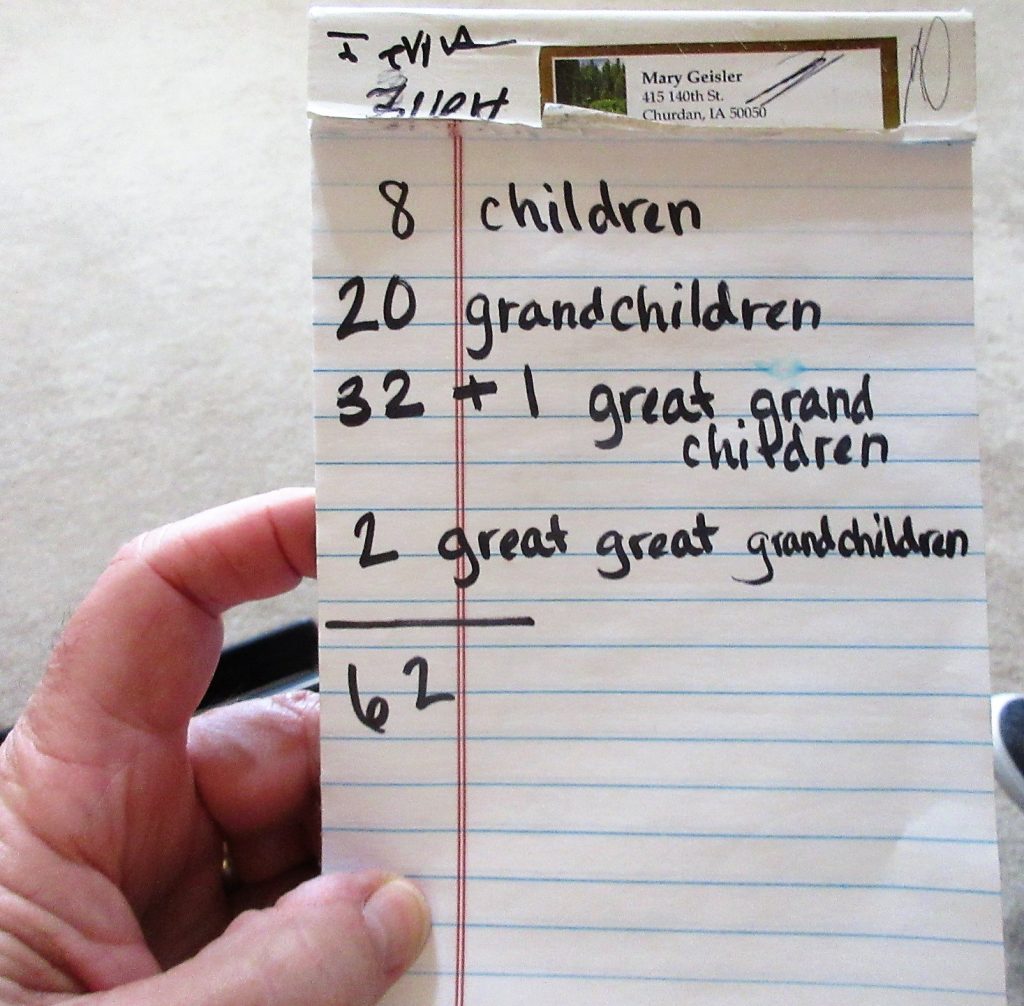