Those 10 cemeteries are the burial sites of many of the county’s earliest settlers. Although most of them are no longer active cemeteries – in other words, there haven’t been any burials for years – they are still overseen and preserved by the 6-member Greene County Pioneer Cemetery Commission. Those commissioners are appointed by the county’s board of supervisors. 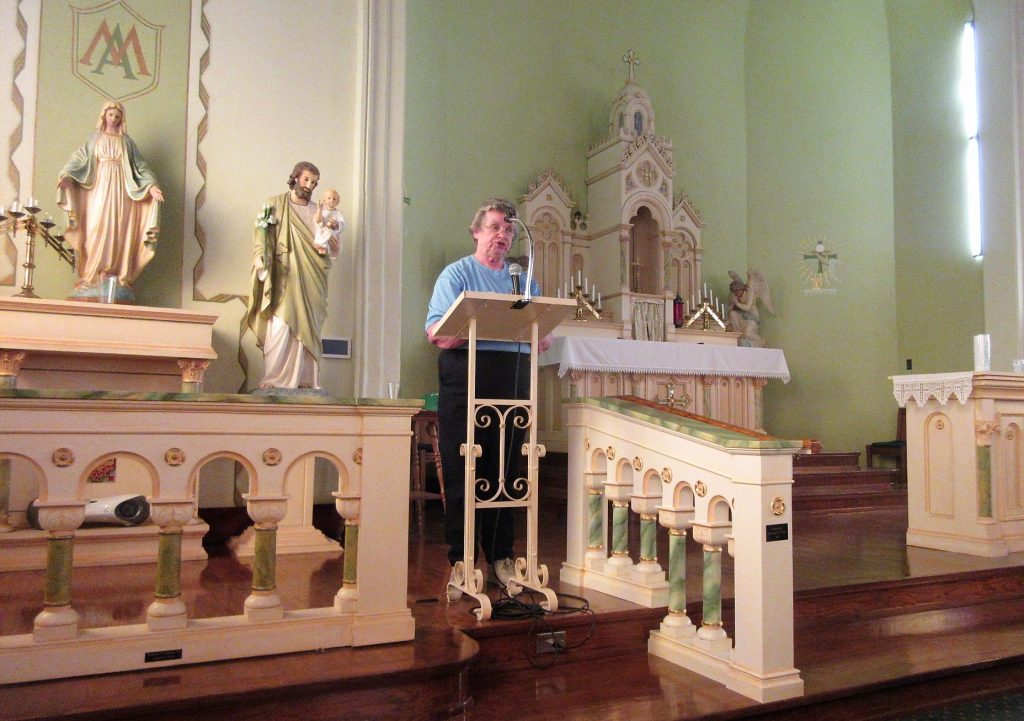 The commission was organized in the year 2000, with Valerie Heater Ogren, the county’s longtime champion of local history and genealogy, taking the lead.

“What Valerie saw back then was that many of these oldest cemeteries were in deplorable condition,” said Ross. “The worst was probably Old Franklin in the southeast part of the county. There were cows grazing in it, their residue was in the grass, stones had been knocked over, trees and brush had grown up. It was a mess.”

Ogren told the supervisors back then that the pioneer cemeteries needed “advocates for clean-up and protection,” Ross said. The commission fills that role. 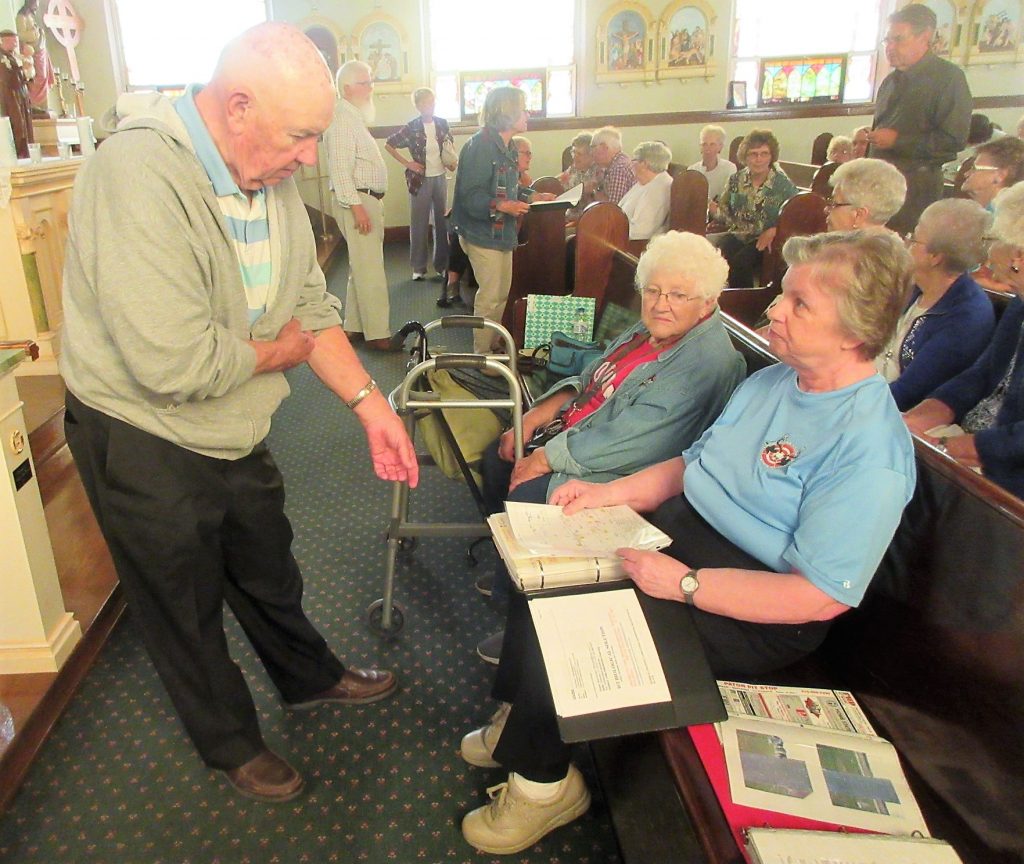 Ada Ross had people asking her questions for 30 minutes after her presentation to the historical society.

“St. Patrick’s, Cedar,” is no longer an active parish in the Catholic Diocese of Sioux City, but funerals and a St. Patrick’s Day mass are still held there. The church has been renovated, improved and is now maintained by a committee of volunteers, who’ve made it a unique historic site in the area. 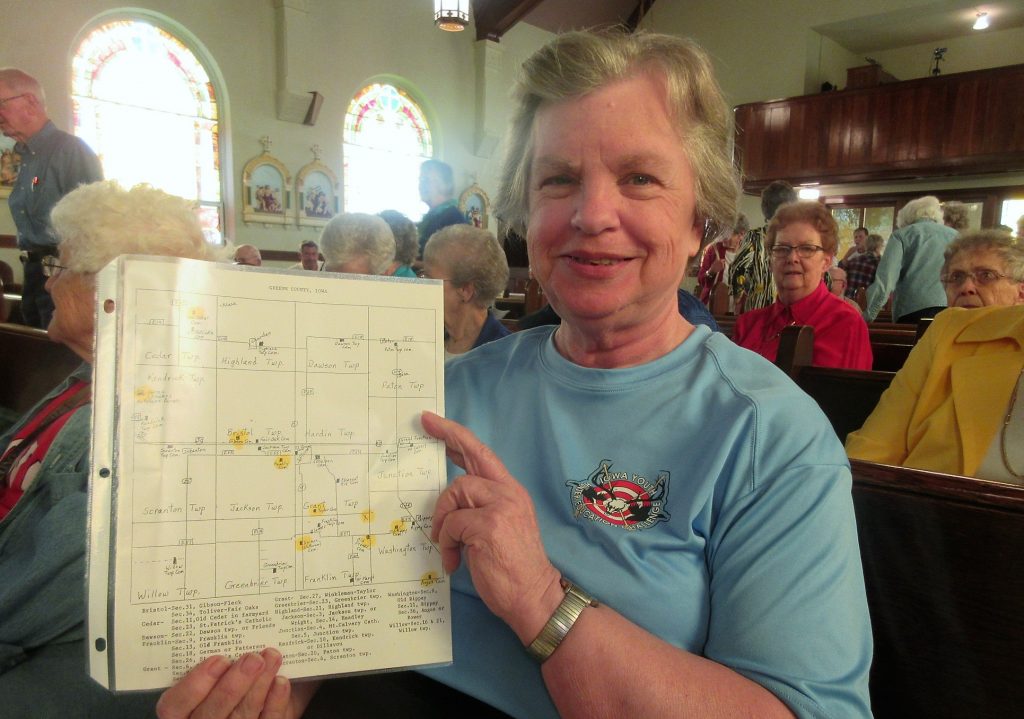 Ada Ross holding a county map which has the locations of the pioneer cemeteries marked in yellow.

A close-up of the map showing the locations of the pioneer cemeteries in Greene County — they’re marked in yellow.